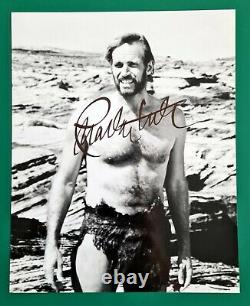 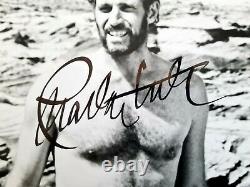 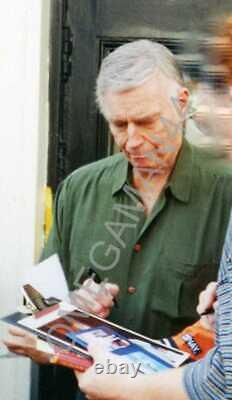 I have collected Charlton Heston autographed items for over 40 years and have been lucky enough to have met Mr. Heston on four occasions over the years. In 1985 when he was at the Queen's Theatre in London for The Caine Mutiny Court Martial, in York in 1988 at the Theatre Royal for A Man For All Seasons, In Lincoln 1997 at the Theatre Royal for Love Letters with his wife Lydia and at the Haymarket Theatre Royal in London 1999, again in Love Letters with Lydia. On all occasions he was a gracious signer and always a pleasure to meet.

Heston passed away in 2008, there were questions being raised in the autograph collecting community that many of Mr. Back in 2011 I was involved with a signature study of his signature by Steve Zarelli in the United States. It was a huge study with lots of input but clearly showed the differences between hand signed Charlton Heston signatures and a secretariel one. Everyone is of course entitled to their opinion so its up to the individual to make up their own mind at the end of the day. Charlton Heston Secretarial Signature Study - Autograph Live (ning.

If the above link doesn't work, type Charlton Heston signature study into Google. This 10"x8" b/w photo is one from my own personal collection. I'm at that point in life where I feel I can let go of some items from my 40 plus years of collecting autographs (but specialising in Charlton Heston signatures), so I've decided to sell this Planet of the Apes photo. I don't supply a COA, even for those In-Person signatures I have obtained as anyone with a computer and printer can knock those things out saying their item is genuine when sadly they are not! I DO NOT sell anything other than the genuine item.

Any glare on the image is from my camera. Posted securely in a hard backed envelope. Any questions - please ask - many thanks. This item is in the category "Collectables\Autographs\Uncertified Originals\Film". The seller is "omegaman44" and is located in this country: GB.